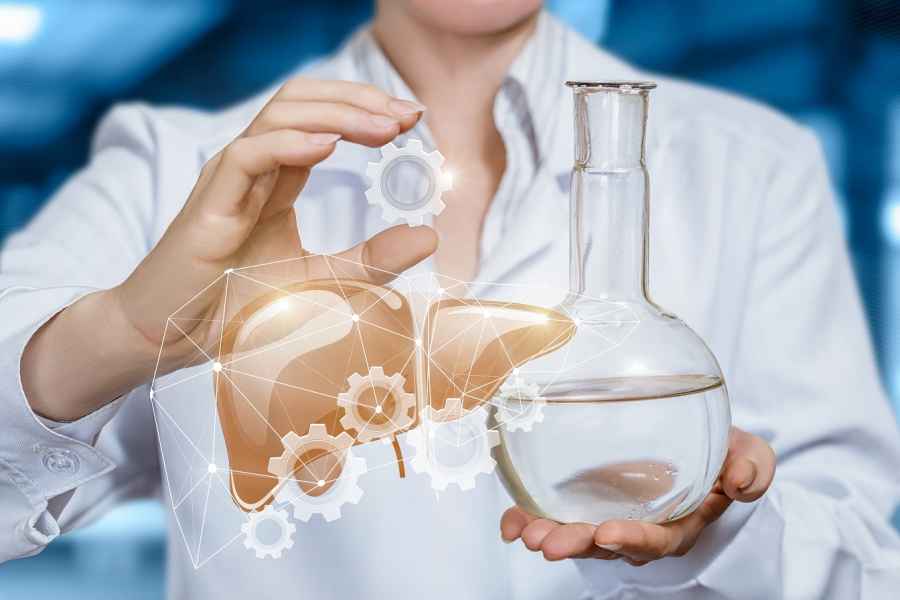 Pluripotent Stem Cells as a Treatment for Liver Failure

Embryonic stem cells, (ESC), have been used with success for the treatment of chronic conditions at the Stemaid Institute since 2012. The amount of pluripotent stem cells applied and the frequency of their applications have been refined since that time.

The purpose of this study was to assess the efficacy of the Stemaid™ protocol in the treatment of advanced liver cirrhosis.

ESC are known to carry a set of information that are unique to them 1. One of the effects of the exosomes that they express when exposed to a specific environment is to induce a different status in the cells exposed to these signaling molecules. Most organs have been shown to react to them and the liver has shown consistent function improvement through our clinical studies on patients with chronic conditions. The following reports about the use of 6 applications of ESC per week on the treatment of 1 patient with liver failure.

The participant aged 62 received 12 intravenous injections of 20 million ESC (Stemaid™ standard line #331) in 50 mL DPBS over a period of 2 weeks. His liver enzymes and bilirubin levels were measured before treatment, after one week of treatment, on the last day of the treatment and 18 months later. The patient didn’t change his current diet during treatment and kept taking his medications. He received 5 vitamin C IVs while on treatment.

The patient had a history of heart failure and had a by-pass surgery 8 years prior to the current treatment. His gallbladder was removed 4 years before treatment.
The patient had to curb and stop his alcohol intake 3 months before treatment due to his condition. He wasn’t accepted as a candidate for liver transplant due to his history of alcoholism. The yellow tone of his skin started to fade at the end of the first week and his energy and appetite increased. The patient reported continuing improvement after going back home and resumed his work activity shortly after, including a flight to Brazil which his doctors initially recommended he cancels.
The total bilirubin levels have been at approximately 2.0 mg/dL for the past 2 years.

This news item is from Stemaid™ : Pluripotent Stem Cells
https://stemaid.com/news/pluripotent-stem-cells-as-a-treatment-for-liver-failure.html