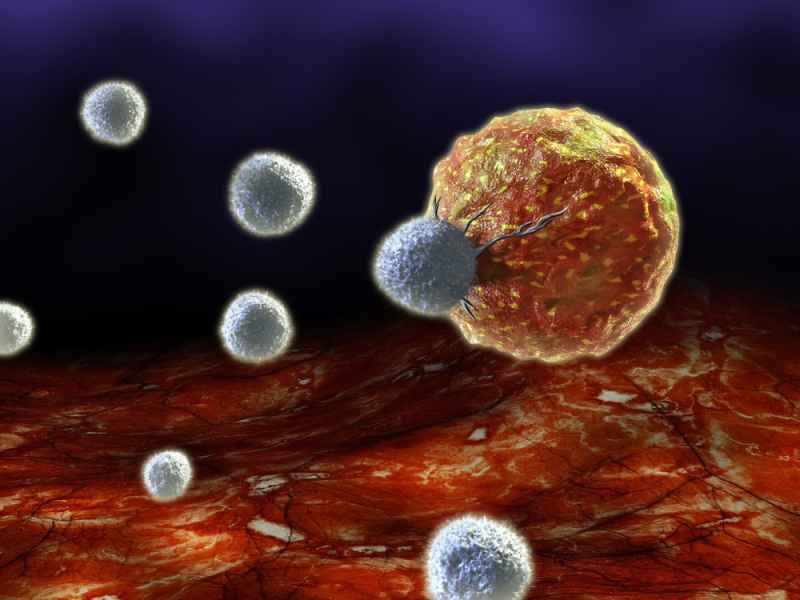 Cancer-busting chemotherapy can cause damage to healthy cells which triggers them to secrete a protein that sustains tumor growth and resistance to further treatment, a study said Sunday.

Researchers in the United States made the "completely unexpected" finding while seeking to explain why cancer cells are so resilient inside the human body when they are easy to kill in the lab. They tested the effects of a type of chemotherapy on tissue collected from men with prostate cancer, and found "evidence of DNA damage" in healthy cells after treatment, the scientists wrote in Nature Medicine.

Chemotherapy works by inhibiting reproduction of fast-dividing cells such as those found in tumors. The scientists found that healthy cells damaged by chemotherapy secreted more of a protein called WNT16B which boosts cancer cell survival.

"The increase in WNT16B was completely unexpected," study co-author Peter Nelson of the Fred Hutchinson Cancer Research Center in Seattle told AFP. The protein was taken up by tumor cells neighboring the damaged cells. "WNT16B, when secreted, would interact with nearby tumor cells and cause them to grow, invade, and importantly, resist subsequent therapy," said Nelson.

In cancer treatment, tumors often respond well initially, followed by rapid regrowth and then resistance to further chemotherapy. Rates of tumor cell reproduction have been shown to accelerate between treatments.

"Our results indicate that damage responses in benign cells... may directly contribute to enhanced tumour growth kinetics," wrote the team.

The researchers said they confirmed their findings with breast and ovarian cancer tumors. The result paves the way for research into new, improved treatment, said Nelson. "For example, an antibody to WNT16B, given with chemotherapy, may improve responses (kill more tumor cells)," he said in an email exchange.

"Alternatively, it may be possible to use smaller, less toxic doses of therapy."