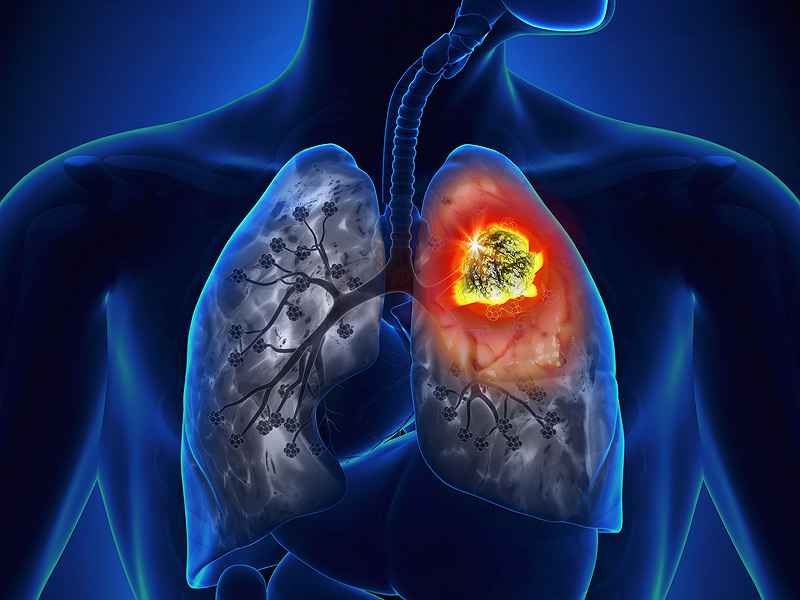 Researchers in America have discovered that vaccinating mice with embryonic stem cells prevented lung cancer in those animals that had had cancer cells transplanted into them after the vaccination or that had been exposed to cancer-causing chemicals.

The findings suggest that it could be possible to develop embryonic stem cell vaccines that prevent cancers in humans, such as hereditary breast and colon cancer and lung cancer caused by smoking or other environmental factors.

Professor John Eaton told a news briefing at the EORTC-NCI-AACR [1] Symposium on Molecular Targets and Cancer Therapeutics in Prague today (Wednesday 8 November): "We found that the vaccinations were between 80-100% effective in preventing tumour growth in mice that were subsequently challenged with transplanted Lewis lung carcinoma, and it was between 60-90% effective in mice subsequently exposed to carcinogens that cause lung cancer.

"Our results raise the exciting possibility of developing a prophylactic vaccine capable of preventing the appearance of various types of cancers in humans, especially those with hereditary, chronological or environmental predispositions to neoplastic disease."

However, he warned that the work was still in its early stages and that people should not think that, for instance, they could start, or carry on, smoking because a vaccine to prevent lung cancer was just around the corner.

"Cancer has been prevented and even cured in mice hundreds of times. At present, all I can say is that so far it looks good, and that, unless something unexpected happens, this strategy might some day be applied to humans at high risk for development of cancer. The likelihood of this happening is more a question for the US Food and Drug Agency than for us. Given their stringent regulations I consider it quite likely that, by the time this is tried in humans, I will be pushing up daisies."

Prof Eaton is the James Graham Brown Professor of Cancer Biology and Deputy Director of the James Graham Brown Cancer Center, University of Louisville, USA. He and his colleague, Dr Robert Mitchell, tested two different vaccines in the mice. One consisted of embryonic stem cells (ESC) only, obtained from mouse blastocysts (very early, pre-implantation embryos). The other vaccine consisted of the ESCs combined with cultured fibroblast cells producing GM-CSF, a growth factor usually made by white blood cells and blood vessel-lining endothelial cells, which "supercharges" the immune response and appears to enhance the vaccine-induced immunity to cancer.

Prof Eaton explained: "We needed a delivery vehicle for GM-CSF and chose STO fibroblasts because they are often used as a 'feeder layer' to maintain these particular mouse embryonic stem cells in their embryonic state. If we had used only ESCs expressing GM-CSF, they might have differentiated into non-embryonic cells, which, therefore, would not have worked as a vaccine."

He and his team injected mice with ESCs alone or ESCs STO/GM-CSF. In mice that had Lewis lung carcinoma transplanted into them afterwards, ESCs were 80% effective in preventing tumour growth and ESCs STO/GM-CSF were 100% effective. In mice subsequently exposed to a carcinogen that causes lung cancer (3-methylcholanthrene followed by repetitive dosing with butylated hydroxytoluene), ESCs resulted in 60% of mice remaining tumour free after 27 weeks and ESC STO/GM-CSF resulted in 90% remaining tumour free. Importantly, tumours arising in vaccinated mice were, on average, about 80-90% smaller than tumours in unvaccinated mice. All the unvaccinated mice developed tumours. None of the vaccinated mice developed autoimmune disease or a showed a significant decline in adult pluripotent bone marrow stem cells -- both potential adverse responses to the vaccinations.

Prof Eaton said: "We think the results from the carcinogen-initiated cancers are probably the most important, as they are closer to the 'real-life' model of the development of cancer than just implanting cancer cells in an animal. We are studying several different types of carcinogen-induced mouse cancers (skin, colon, breast) to determine whether the preventative effect of vaccination extends beyond our models of lung cancer (although in our state of Kentucky with its high smoking rates, lung cancer alone would be a big victory). We may also vaccinate ageing rodents, the majority of which develop endocrine tumours in old age.

"Our progress over the next few years will depend, to a large extent, on whether we can attract significant funding. Our work is presently supported by a pilot grant from our cancer centre and a small grant from the Kentucky Lung Cancer Research Program. US federal funding agencies such as the NIH -- notorious for funding predictable research -- have been quite disinterested."