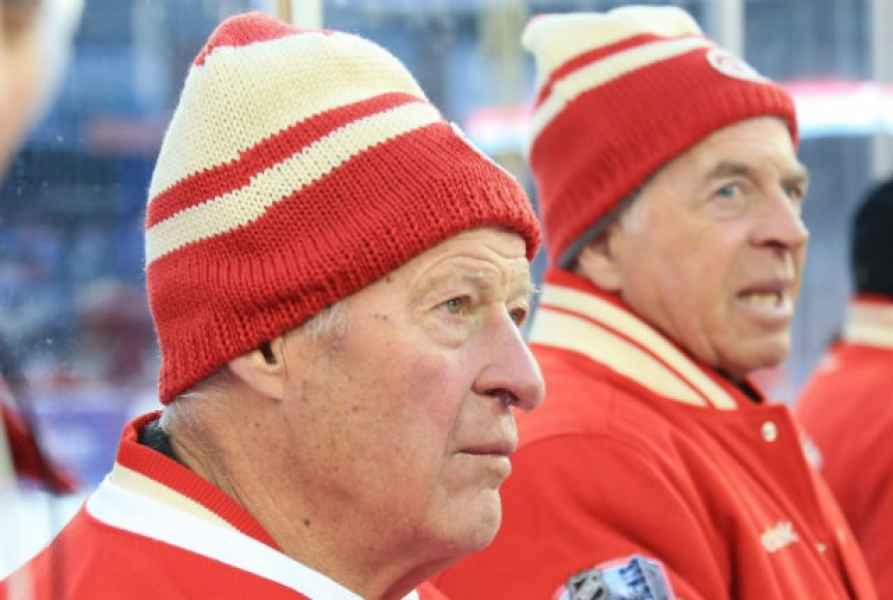 “Our dad continues to participate in a clinical trial where stem cells are being used in the treatment of a stroke,” Murray Howe said in an email to thn.com. “We’d like to wait until the first phase of that clinical trial is complete before providing any more updates. At this time, our dad is comfortable and happy. That remains our goal. We want to thank everyone for their ongoing support for Mr. Hockey.”

Howe is back at the Santa Clarita Clinic in Tijuana, Mexico receiving stem cells in a bid to restore some of the functions to the right side of his body. After suffering a serious stroke last October in which a blood vessel in the area of the brain that controls motor function burst, things looked bleak for the 87-year-old Howe. The family was holding a vigil at his bedside and it looked as though palliative care was the only option.

That was until his family took him to Santa Clarita for the first time in December for his first treatment. Since then, Howe has rebounded remarkably and even made a public appearance at a dinner honoring him in Saskatoon in February. This round of stem cell treatments had been planned as a follow-up all along and the family is hoping it will continue to give Howe a reasonable quality of life. While the results of stem cell treatment are not conclusive, the Howe family is unwavering in its opinion that the treatment has saved Gordie’s life.

“There’s no doubt in any of our minds that he wouldn’t be here today if they hadn’t treated him,” Mark Howe told thn.com in June. “He had dropped 35 pounds in six weeks and he wasn’t going to live. It’s the first time I’ve seen my dad quit. He didn’t want anything to do with any speech therapy or anything like that and once that goes, you’re kind of toast.”

The plan after this round of treatment is for Gordie Howe to go back to Michigan for a short time, then he will move to a nursing home in Ohio that specializes in treating people with dementia.